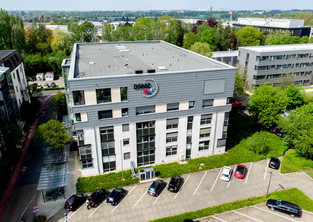 “Global problems such as the extinction of species and the decline of biological diversity, climate change, pandemics and hunger can only be solved with free access to digital sequence information”, states Prof. Jörg Overmann PhD, Scientific Director of the Leibniz Institute DSMZ-German Collection of Microorganisms and Cell Cultures. “Without free access to digital sequence information [DSI], research on a national, European or international level will simply fail to work. Digital sequence information must be preserved as common good”, stresses Prof Overmann. The microbiologist is one of the signatories of the position paper published by the Leibniz-Scientific Network Biodiversity. The statement advocates the preservation of DSI as a free common good and is addressed, amongst others, to the respective directorates of the EU Commission. The position paper bears the signatures of 430 scientists from ten EU member states. The speakers of the Network are scientists Jörg Overmann (DSMZ) as well as Kirsten Thonicke of the Potsdam Institute for Climate Impact Research (PIK) and Johannes Vogel of the Museum of Natural History in Berlin (MfN).

Open DSI preserves biodiversity
Biological diversity can only be preserved by freely available digital sequence information (Open DSI). Without free access, researchers would be hamstrung, scientific development would slow to a crawl or even be rendered impossible. Jörg Overmann’s demand is clear: “The fundamental scientific principle of Open Data and Open Science has to be maintained.” Two example starkly illustrating the importance of free data access are the COVID-19 pandemic and the antibiotic crisis. To control the antibiotic crisis, researchers use DSI to predict whether a microorganism can produce antibiotics or, conversely, has developed resistance against antibiotics. Scientists can only conduct these in silico experiments if they have unrestricted access to DSI. Open DSI means that genetic information of microorganisms uncultivatable until now can also be read and used. In case of a promising prediction, certain fragments of genetic information can be transferred into another microorganism, which could then produce the desired antibiotic.

Open DSI essential for global SARS-CoV-2 research
And if researchers worldwide had only had limited access to SARS-CoV-2 sequence information, the identification of the delta variant as a new and dominant virus variant would have taken much longer. The characterization of the associated infection risk and disease severity would have been a far more arduous task for scientists in individual countries, probably resulting in a significantly more dangerous infection process. Free access to DSI of the Corona virus allowed researchers around the world to closely work together, leading to the swift and transnational implementation of countermeasures. “International free-access data sharing is crucial for solving complex problems”, concludes Prof Jörg Overmann.

About the Leibniz Institute DSMZ
The Leibniz Institute DSMZ-German Collection of Microorganisms and Cell Cultures is the world's most diverse collection of biological resources (bacteria, archaea, protists, yeasts, fungi, bacteriophages, plant viruses, genomic bacterial DNA as well as human and animal cell lines). Microorganisms and cell cultures are collected, investigated and archived at the DSMZ. As an institution of the Leibniz Association, the DSMZ with its extensive scientific services and biological resources has been a global partner for research, science and industry since 1969. The DSMZ is the first registered collection in Europe (Regulation (EU) No. 511/2014) and certified according to the quality standard ISO 9001:2015. As a patent depository, it offers the only possibility in Germany to deposit biological material in accordance with the requirements of the Budapest Treaty. In addition to scientific services, research is the second pillar of the DSMZ. The institute, located on the Science Campus Braunschweig-Süd, accommodates more than 75,000 cultures and biomaterials and has around 200 employees. www.dsmz.de

The Leibniz Association
The Leibniz Association connects 96 independent research institutions that range in focus from the natural, engineering and environmental sciences via economics, spatial and social sciences to the humanities. Leibniz Institutes address issues of social, economic and ecological relevance. They conduct knowledge-driven and applied basic research, maintain scientific infrastructure and provide research-based services. The Leibniz Association identifies focus areas for knowledge transfer to policy-makers, academia, business and the public. Leibniz institutions collaborate intensively with universities – including in the form of “Leibniz ScienceCampi” – as well as with industry and other partners at home and abroad. They are subject to a transparent, independent evaluation. Because of their importance for the country as a whole, the Leibniz Association Institutes are funded jointly by Germany’s central and regional governments. The Leibniz Institutes employ around 20,500 people, including 11,500 researchers. The financial volume amounts to 2 billion euros. www.leibniz-gemeinschaft.de