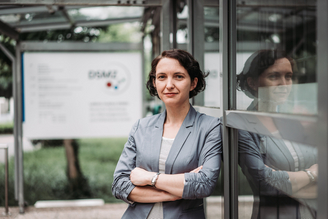 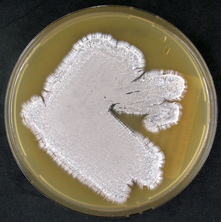 Researchers led by Prof. Yvonne Mast of the Leibniz-Institute DSZM – German Collection of Microorganisms and Cell Cultures in Braunschweig, Lower Saxony, have for the first time managed to partially decipher the autoregulation of the biosynthesis of pristinamycin. This antibiotic is used as emergency drug against antibiotic-resistant pathogenic bacteria. The researchers recently published their findings in the renowned journal Frontiers in Microbiology (https://doi.org/10.3389/fmicb.2020.580990).

Yvonne Mast took over the Department of Bioresources for Bio-Economy and Health Research at the Leibniz-Institute DSMZ in Braunschweig in 2019. The department focuses on investigating the potential of biological material for use in human medicine and biotechnology.

The Leibniz Association
The Leibniz Association connects 96 independent research institutions that range in focus from the natural, engineering and environmental sciences via economics, spatial and social sciences to the humanities. Leibniz Institutes address issues of social, economic and ecological relevance. They conduct knowledge-driven and applied basic research, maintain scientific infrastructure and provide research-based services. The Leibniz Association identifies focus areas for knowledge transfer to policy-makers, academia, business and the public. Leibniz institutions collaborate intensively with universities – in the form of “Leibniz ScienceCampi” (thematic
partnerships between university and non-university research institutes), for example – as well as with industry and other partners at home and abroad. They are subject to an independent evaluation procedure that is unparalleled in its transparency. Due to the importance of the institutions for the country as a whole, they are funded jointly by the Federation and the Länder, employing some 19,100 individuals, including 9,900 researchers. The entire budget of all the institutes is approximately 1,9 billion Euros. www.leibniz-gemeinschaft.de